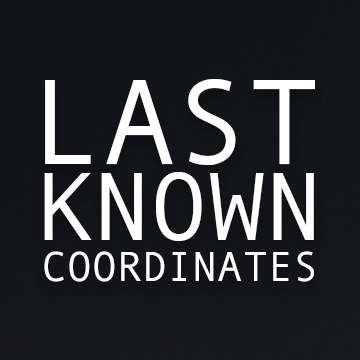 WATCH ON ITUNES
WATCH ON VIMEO

After winning Mavericks, legendary big-wave surfer Chris Bertish sets his sights on a new record: to be the first person to stand up paddle-board from Africa to North America. 4050 miles. 93 days. All alone. Friends and family think he’s crazy, but Bertish’s mantra is that nothing is impossible. LAST KNOWN COORDINATES is an intimate account of Bertish’s epic journey as he battles storms, equipment failures, shark, leaks, and loneliness to test the limits of what is truly possible.

When Chris Bertish first started talking about wanting to cross the Atlantic Ocean on a SUP craft, alone and with only his small paddle to power him, most people, ourselves included, thought it was crazy. In the lead-up to his launch, there was a palpable feeling that things could end badly. But it was only after he completed the crossing and was back home in South Africa, that we truly understood the magnitude, and the cost, of his endeavour.

It was the a conversation between Chris Mason and Chris Bertish, which happened while the two suited up for a surf at one of Cape Town’s less famous big waves spots, that brought the idea of the film to the attention of the Mason Bros. Chris Mason and Chris Bertish had already known each other for some time, and listening to Bertish describe his perilous adventure, how he had filmed it all while paddling, and the toll the adventure had taken on him, was enough to convince Mason, and subsequently Mason Brothers Films, that this would be a unique film.

When exec producer Bruce Macdonald approached Joe Piscatella to be a part of the filmmaking team, he felt as overwhelmed as Chris Bertish did when he first paddled away from the African shoreline. How do we tell this story? That was Joe’s first question, followed by, what drives a person to take on such a harrowing endeavour? There was no shortage of on screen adventure with the constant terror of leaks, storms and sharks. But as the directors got to know Chris Bertish, they came to understand that this was not just a story about one man’s epic quest to set a world record; this was a story about a man who believed he could change the world was willing to sacrifice almost everything in his attempt to do so, and that was a story worth telling.

Joe Piscatella and The Mason Bros.